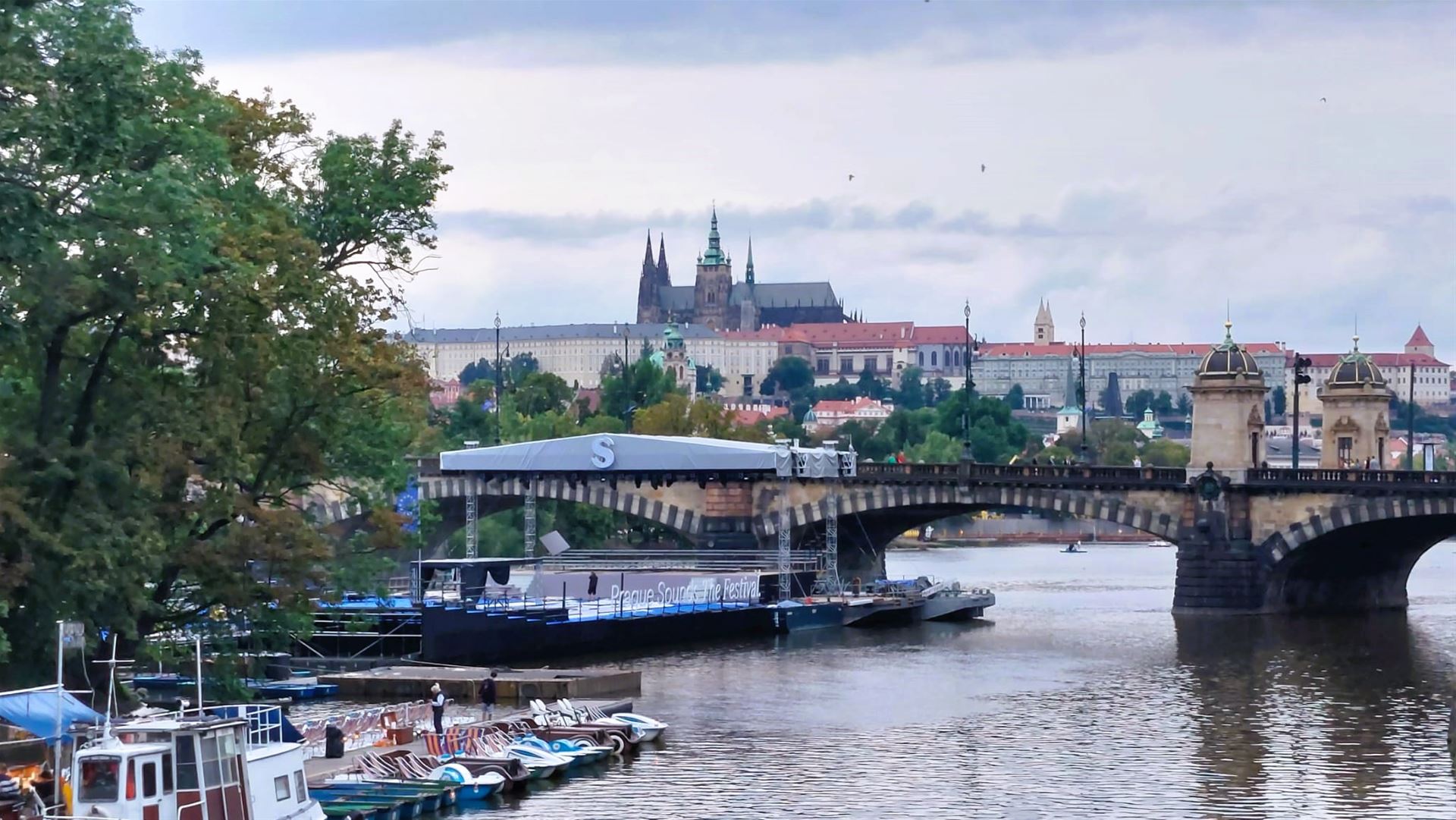 The finishing touches are being put to the Prague Sounds festival's floating stage just off Slovansky Island. The unique feat of construction, which was first seen in 2020, has quickly become a recognisable feature of  Prague's cultural scene. But this year it takes on new dimensions, both physically and artistically. The Concert for Europe, which will be performed here by the Czech Philharmonic under the baton of Semyon Bychkov at 8pm on September 2nd, will be a celebration of our shared European home to mark the year of the Czech presidency of the EU council. And this year, the stage will be bigger than ever before. 'For this first-ever concert of the Czech Philharmonic right on the Vltava river, we've extended our floating stage to accommodate 170 performers – and the auditorium has also been enlarged from its former capacity of 1000 to seat 1200 people. So it's the biggest dispalcement of water in the history of Prague Sounds,' smiles festival director Marek Vrabec.

The programme of the Concert for Europe will begin with Beethoven's Ode to Joy. 'We'll be handing out sheet music and lyrics to the audience and we hope to provide proof of the old saying 'Every Czech's a musician,' and that the whole audience will join in with the singing,' adds Vrabec. This will be followed by works by this countrys best-known composers: Dvořák's Carnival Overture, Smetana's Vltava, and Janáček's monumental Glagolitic Mass. Tickets for the floating auditorium are already sold out, but, as ever, music lovers can enjoy the concert from the river embankment, Legion Bridge, or from row-boats on the river itself. 'This year, there'll also be a regatta of sailboats in attendance, which we hope will create a special atmosphere for this  evening of celebration,' says Vrabec. The start of the concert will be marked by the ringing of the magnificent new bell #9801, whose name is a reference to the number of bells silenced in this country during the second world war. For each bell that was destroyed, a kilogramme was added to construction of the new bell, whose weight is exactly 9801 kg.

Some interesting facts about the Prague Sounds floating stage: